While lots of people know I’m a mom, blogger and work in marketing, they don’t know that when I was in college I worked at the student health and wellness center on campus.

Part of my job  was educating students in classrooms and in organizational settings about healthy decision making in regards to sex and conducting free HIV testing. That means sometimes I was talking to around 3,000 kids about sex and showing them photos of what Sexually Transmitted Diseases/Infections looked like. (I’ll spare you those, but they were pretty rough.) 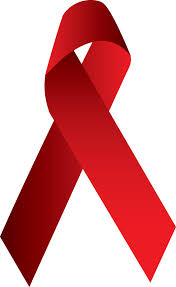 [Cue the music…“Let’s talk about sex, baby, let’s talk about you and me…”]
It makes me laugh to think about it now, but there were times I crossed campus going to class and a freshmen would stop me and say, “Hey, aren’t you the Sex Lady?”  and I would get to answer, “Yes, I talked to you about Herpes and HIV last week.”
However, that was only part of my job. The other part was reaching out to the community to test people who thought they may be at risk for HIV. It really was was life changing to hear their stories, hear so many misconceptions people had and unfortunately, sometimes have to hear some really sad stories.
While that part of my life may be over, the need for education and testing isn’t. So I’m getting on my soapbox since June 27 is National HIV Testing Day.

Did You Know? (According to the CDC)

Risk for HIV
HIV is spread through some of the body’s fluids, like blood, semen/sperm, vaginal fluids, and breast milk. HIV is passed from one person to another by:

Misconceptions and Myths about HIV infection

FACT: High risk for HIV is anyone who has ever had sex with one partner, just one time. However, higher risk behaviors include multiple sexual partners, not using protection and IV drug use.

Many feel as though HIV belongs to a “certain group”, and they are therefore exempt from the risk.  It is important to know that HIV can infect or affect anyone-male/female, married/single, homosexual/heterosexual, or young/old.

Testing for HIV
Make sure you are having the uncomfortable conversations regarding testing – not only with your partners and your loved ones, but also your physician.  Physicians sometimes inappropriately assume that you are not at risk for HIV, thereby missing an opportunity for testing and HIV education.

Prevention from contracting HIV
Many are too afraid of the possibility of a positive result and therefore don’t get tested.  If the unfortunate happens, and you are exposed to HIV, it’s important to know that medical advances and treatments have made it possible for anyone living with HIV to live relatively healthy lives.

if you are looking to get testing, then type in your zip code here to find a location near you. Most HIV sites will provide testing for free or at little-to-no-cost!

Hot Toys for Your Tots from Toy Fair 2016

Hot Gifts for Your Big Kids