As a periodic TV contributor, the folks at WFAA ABC-8 Good Morning Texas invite me on to highlight some of the best (and the worse) that Pinterest has to offer. This time we’re talking Valentine’s Day Inspired Treats!

No matter the topic, whether’s it’s been Peppermint, Pumpkin or (melted) Margarita Pie, I have try to show viewers how they too can look like they spent four hours to whip up a delectable dessert or delicious dinner with no more than a couple of minutes, $5 dollars and a roll of twine (or maybe that was MacGyver.) 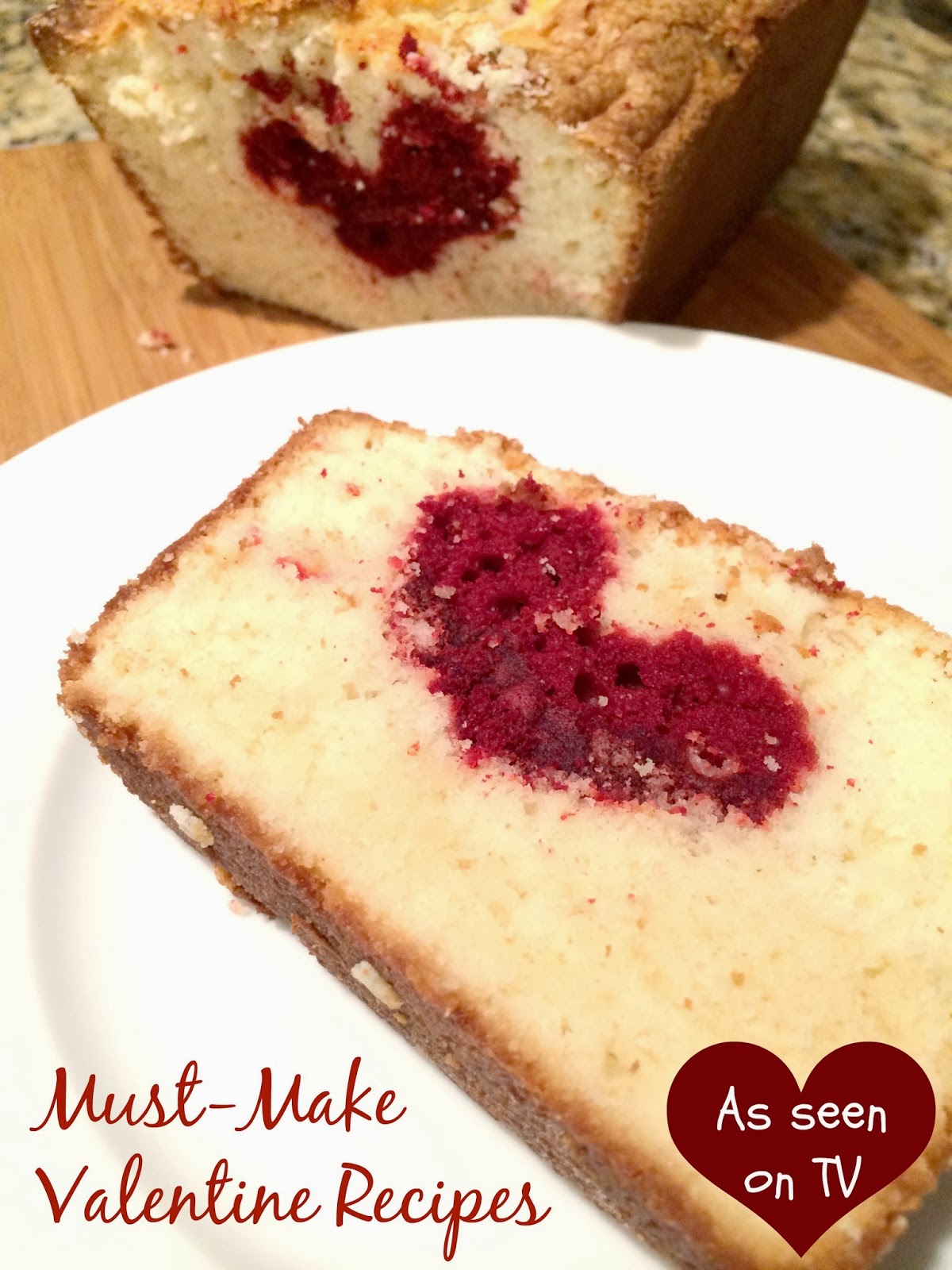 And while Pinterest has given many of us some amazing ideas, I’m sure we’ve all come across a few of those that didn’t quite work out like the picture says it will. That’s where I come in! I mean nobody’s got time for wasting time and money on a project that isn’t going to be nothing less than perfect!

With Valentine’s Day just around the corner, it means mom’s arsenal of everything fun, adorable and cute and thoughtful better be stocked with good ideas that will get your points across the board. So I’ve selected some of the most creative ideas on Pinterest I thought were so cool, but didn’t know exactly if they would be fabulous or a total flop.

Heart-shaped Cinnamon Rolls
Probably one of the easiest and quickest of my Pinterest finds were heart-shaped cinnamon rolls! Using your own recipe or my “homemade recipe” (read: Pillsbury), you can make a heartfelt sweet treat for breakfast in less than 15 minutes!

Directions
Just unroll the cinnamon roll into one long piece of dough and then begin rolling them back up on both ends. Then place them in a pan and pinch the center into a point to create a heart! Cook them as directed. Once they come out of the oven allow them to cool. Then add a little red food coloring to the icing to create the ultimate Valentine’s breakfast!

Mini-Apple Pies
My husband loves pie, but I don’t like to make a big pie as we will both end up eating on it all week, and I’ll gain three pounds from “tasting it.” So instead we prefer just a little pie so he gets all the best part of the pie without making enough to feed an army. When I found the cutest heart-shaped pie press online and came across the most amazing apple pie filling from Mr. Wittle’s Fine Foods, I knew there was a pie in the making!

Directions
Unroll the pie dough and cut out two hearts of the same size with the cookie cutter. Fill one side of the heart with a little bit of filling without over-filling. Lay the other heart over the top and use a fork to pinch the two hearts together to form a crust. Lightly brush the egg wash on top of the crust. Place in the oven at 375 degrees for 10-15 minutes until the crust is golden.

And since I wanted to make him feel special, I even made a little Valentine’s Day card to go with it so he will always be the “apple to my pie.” (Now you can have pie and a Valentine’s card made in less than 25 minutes and a few ingredients.

Bacon Roses
Roses may be the way to my heart, but if I ordered a dozen roses to his job on the Big V, I don’t think he’d be a happy camper. But bacon roses are a whole other ballgame!  I’d seen several photos for bacon roses, but they seemed so tedious.

I was SO wrong.

In less than an hour I had a beautiful dozen bacon roses for my honey and he (and the kids) loved them!

Directions
Roll bacon into a tight spiral like a rose and place into a mini-muffin pan fatty-side down.)
Cook bacon for 30-45 minutes at 375 degrees in the oven. Half-way through cooking taking the pan out and drain the grease. When the bacon is cooked (nice and dark), allow it to cool so you can handle.
In the meantime, remove all the petals from the rose bundles. Take a tooth pick and poke into the flower stem to create a pointed end for the bacon rose to be secured. When you’ve finished place a rose on each stem, place in a vase for giving!

And don’t miss my favorite featured Pinterest challenge with the heart pound cake!

And there’s so much more, so make sure you follow me on Pinterest for lots more Mama Challenge fun!