I received samples of Pure Via Stevia for the purposes of this review. However, all the comments here are my own.

My family are proud southerners. We fall to our knees at the south of Paula Deen’s name, we LOVE some fried chicken and we relish in every gulp of sweet tea. I mean it IS the official drink of the south.

Unfortunately, to make the perfect sweet tea, it takes a “wee bit of sugar” (imagine the sound of high-pitched exaggeration in my voice) to make it just right. And while I do appreciate staying to tradition, a little less sugar – especially in my children’s diet – wouldn’t hurt us at all. (Hey, even Paula has made some changes in her recipes, right?) 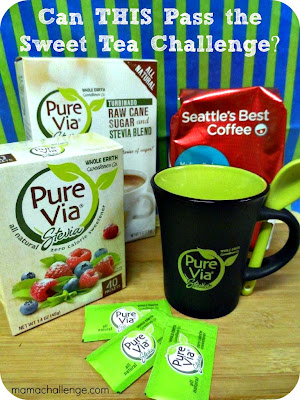 So when a lovely box of Pure Via Stevia landed at my door, I’ll be honest, I wanted to put it in the pantry to rot with all the other “sweeteners” that were moments of good intentions that never really made the cut – simply because they didn’t taste good. But since it was being launched exclusively in Dallas, I thought hey, can’t hurt to give it a three-second try.  Especially since Pure Via Stevia actually has half the calories AND also offers it in raw turbinado sugar (that’s what they put in mojitos, people), so maybe you wouldn’t know the difference.

Maybe it was possible this stuff could be really good.

So I called in my biggest judge, my son. My four-year old has sniffed me out for every healthy move I’ve tried to make. When I made winter squash and blended into his mac and cheese, I thought I was a genius. Unfortunately he wouldn’t touch it – or any other mac and cheese – for three weeks. And any switch out for lowfat versions of his full-fat food items have been a total disaster, so I was ready to see his twinge, groan and ask what mama had done to his sweet tea. 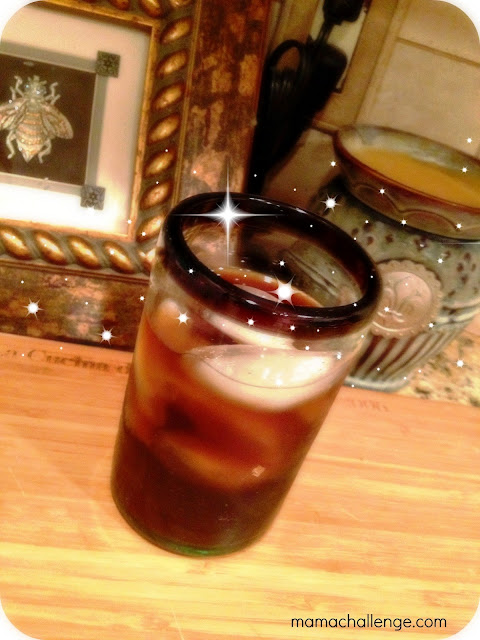 So I whipped up a pitcher of sweet tea and let him have it.

As far as I’m concerned, it doesn’t get any better than that. You heard it from the mouth of babes!

If you need the perfect recipe for sweet tea, then here’s Paula’s recipe. Just use the Pure Via Stevia instead of sugar!

More About Pure Via Stevia
With only five calories per serving, Pure Via® Turbinado Raw Cane Sugar and Stevia Blend offers a lower calorie alternative for those with a sweet tooth to make foods and beverages taste naturally delicious. The blend is made from the pure sweet extract of the stevia plant and turbinado raw cane sugar, which comes from the first press of raw cane sugar.

Pure Via® is an all-natural, zero-calorie sweetener this is made from Rebaudioside A (Reb A), the sweetest, best-tasting part of the stevia leaf. Reb A is generally recognized as safe (GRAS) according to the U.S. Food and Drug Administration. Handcrafted for coffee and tea, Pure Via® is available in 40- and 80ct. boxes and a 4-oz. jar for a suggested retail price of $2.49, $4.29 and $4.99 Pure Via® Turbinado Raw Cane Sugar and Stevia Blend is availableexclusively in Dallas, Texas, in 100-ct boxes for a suggested retail price of $2.98. Retail prices may vary. Each packet (100 per box) sweetens like one teaspoon of sugar.

How to Make Sopapilla Popcorn

Food Marketing
MamaChallenge.com is a participant in the Amazon Services LLC Associates Program, an affiliate advertising program designed to provide a means for sites to earn advertising fees by advertising and linking to amazon.com.