Disclaimer: I was provided the opportunity to drive a 2013 Toyota Highlander for the purposes of a review on this roadtrip. All the comments and photos are my own.

Last week I shared the beginning of our mini adventure as I introduced my little man to the Texas Hill Country. After our initial stop for the obligatory kolache at the Czech Stop in West in our 2013 Toyota Highlander we were graciously given for our road trip, we moved on down I-35 for a couple of hours in one of my most favorite cities in the world (yes, world) – Austin. 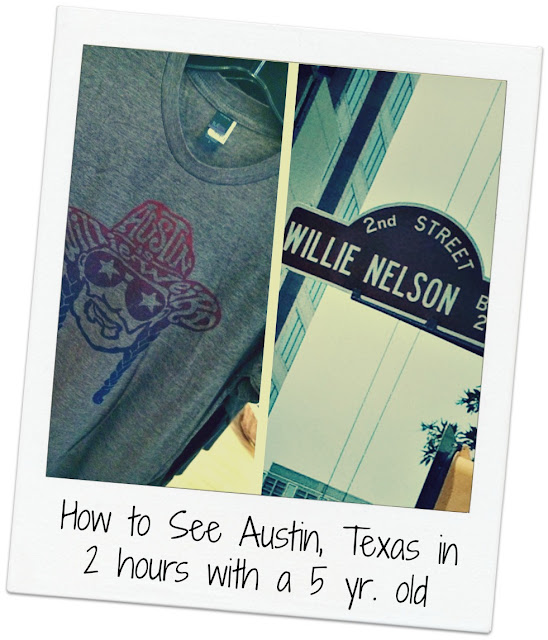 It’s about an hour and half (or two sometimes) from West to Austin, so it’s mandatory road trip music time. Once I had gone through our Road Trip Playlist (hey, it was only 10 songs) it was time to get something playing to keep the fun of this drive moving. Oh, Toyota – I was in for a surprise! I discovered this thing had apps! Actual apps to play in the car just like I do with my iPhone. There sat my Pandora waiting for me to stream it through and play for hours.


Once you’ve downloaded the Entune App to your smartphone and connect your bluetooth (in one step), you have all kinds of cool stuff at your finger tips for your car. I not only could play Pandora, but I could easily locate gas stations with lower fuel costs, book reservations for restaurants along the way, check out traffic, and even look at things to do, all from my Highlander. (What did we do before smart phones and these “smart” cars?) So we created a “Joe Cocker” station and we headed down the road. 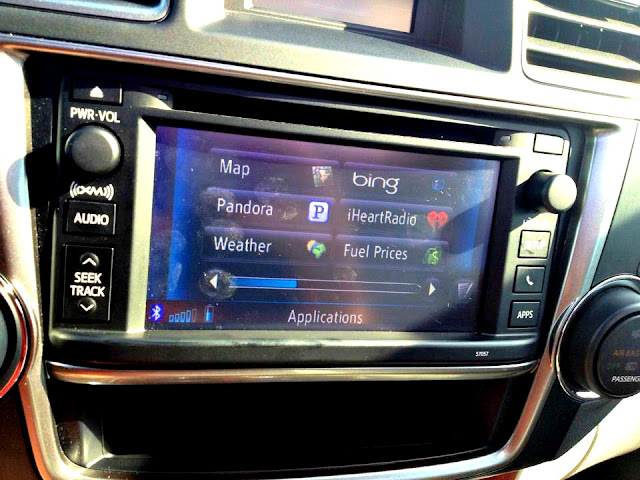 Now that we had our groove, we were on to the home of the “Live Music Capital of the World,” Austin.

There’s no where I’ve ever been to like Austin. And I love it so much when I can’t go visit, I drive 15 miles up the road to the Bishop Arts District in Dallas just to get me a feel of what that special vibe in Austin has (if you’ve never been, I’ll be happy to show you!) Unfortunately, it’s so great that many very educated people from the local University of Texas at Austin choose to stay there and get paid far under their worth in any job to be in the same place that actor/dream boat Matthew McConaughey likes to sit naked and play his bongos (but that’s a whole other story…) Anyhow, it’s hard to move there, so I just try to take as many visits there as I can and I enjoy everyone of them.

This time though I was experiencing Austin through the eyes of a five-year old. And while history is all around us in our state capital, it’s hard to explain history to someone who doesn’t have much of a concept of history except last week we ate macaroni and cheese for dinner and last month was his Mickey Mouse Birthday party. But I was going to try to at least show him some cool stuff and maybe grab a bite to eat. After all, we only have about 5-6 hours to spend in Austin for this trip, so we were going to make the best of it. 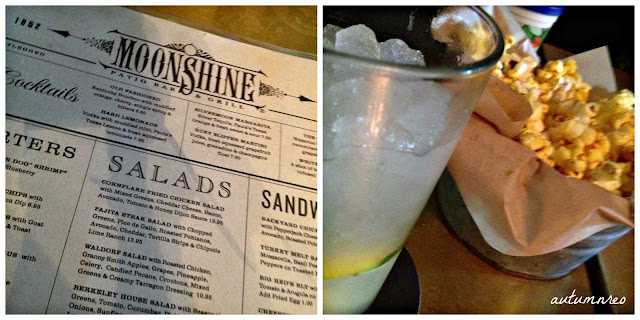 Jumping off I-35, I made a quick exit to one of the bestest places in Austin to eat – Moonshine Patio Bar & Grill. While I’m not sure if it’s one of the best, I often have eaten there when I have had work events at the Austin Convention Center over the years. It’s easy to get to right off Caesar Chavez and Red River, there’s seasoned popcorn on the table waiting for me, has amazing shrimp corndogs with blueberry honey mustard and warm brie cheese with cranberry-apple chutney with toast points and you have to wash it down with a hard lemonade. It’s just good food and good service and they don’t have a dress code. We only gobbled down our apps and drink so we could make our reservation for our next adventure – the Duck Tour! (It took us about three minutes to find it, book it and GPS with the help of our Toyota bluetooth and GPS features!)
I didn’t even know they did “Duck Tours” in Austin, but had seen them in other cities, but the idea seemed to be perfect to educate and entertain my son, so off we went for the next one that started in a just 15 minutes. If you’ve never seen a Duck Tour – well it’s a great way to do both land and water with an amphibious tour of downtown Austin and beautiful Lake Austin inside a US coast guard inspected, Hydra Terra vehicle. During the 75-minute tour of sightseeing you see Historic Sixth Street, the State Capitol Building, Bob Bullock State History Museum, the Governor’s Mansion, and Lake Austin. For a little man with a short attention span, it was perfect and we could fit in one of my favorite parts – the lakes – all at one time! 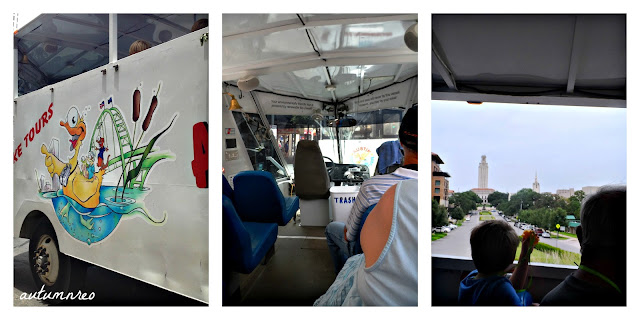 To start off our tour we boarded our land/water vessel on 6th Street at the Austin Visitor Center by the beautiful Driskill Hotel. We found our seats, were given our quackers (not exactly Duck Dynasty worthy, but a call we could use on signal to say “hello” to passerbys as we continued throughout our tour. The tour guide whisked us around some of the highlights of Austin’s landmark buildings like the Capital and the Tower at UT Austin, sharing a little history and humor along the way. Thankfully, Jackson wasn’t bored by the history and together we also pointed at cool things we saw along the way. 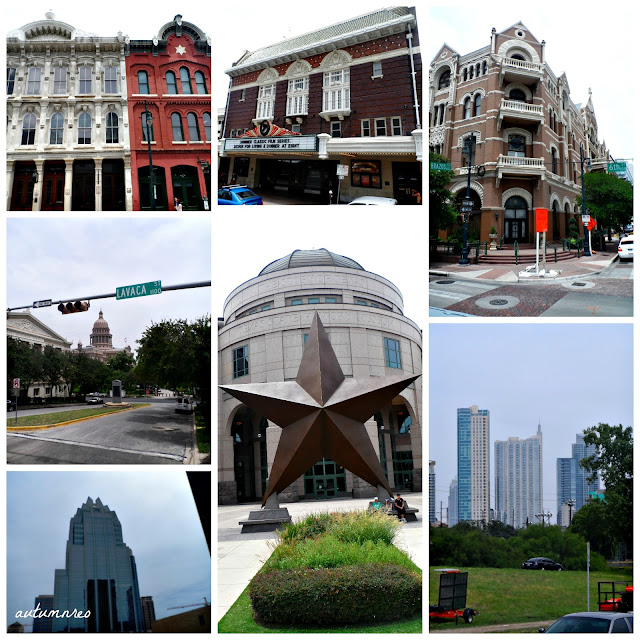 Once we approached Hula Hut (another great restaurant that sits on Lake Austin), we quickly rolled into the water and became a boat. Yes, really. It was actually pretty cool and we began our small tour of the lake and scenic home tour complete with some “Island tunes” courtesy of Bob Marley. We even say the lake home that Dennis Quaid was building and his elaborate deck. However it was really the home that had an attached “home” for his boat that I was impressed with. Then we were off back to home base, but not before the kids got another few opportunities to use their calls by making quacking noise to people we passed along the way. 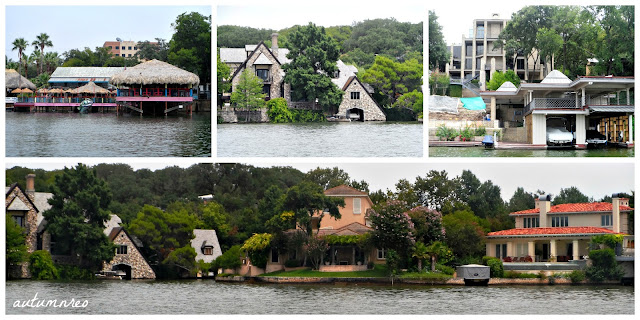 While the price is a little steep for a large family ($25+tax for adults and $16 for kids over 3), the company does run discount deals like Groupon from time to time. So if you know you are going to head to Austin, it might be a good to sign up for Groupon a few weeks in advance in hopes to score one if you are trying to save money. I’m always a fan of any tour when you have a short time in a city and want to get a good look at the highlights, so this was worth the cost for me. However, the next time I take my kiddo, I’ll pick out some of my favorites and we can do our own tour of the Mount Bonnell and the bats under the bridge since he’s gotten the historical look for now.

Now back on the road with the Toyota Highlander 2013 and Willie to our next stop – the JW Marriott San Antonio.

And if you want to get caught up on our road trip adventure in the Toyota Highlander, check out our first adventure in West!

4 Fruit and Veggie Recipes to Make NOW for Summer