When I was growing up in Graham (about 90 minutes west of Fort Worth), we always had a drive-in. In fact since 1955, most the time in Graham, there has always been the Graham Drive-in to look forward to on summer nights. You went with your family, you went with your friends and later, most of us probably had a date night under the stars, watching films like Grease, Indiana Jones and many others that I can’t seem to remember now in much older years, but meant a lot to me at the time.

It wasn’t until I “moved to the big city” that I realized that a drive-in was a pretty unique attraction. Especially since many of the ones in other cities and towns across Texas were drying up and turning into nothing but a pasture of old memories and old technology from a time of yesterday when people didn’t have smartphones to stay close to watch their favorite films at leisure. Nowadays at a flick of switch we can watch what we want, when we want and how we want. Technology is great, but all this social media has instead made us anti-social.  You just don’t make time hanging with your friends, watching a film, munching on popcorn and just enjoying the art of doing nothing. 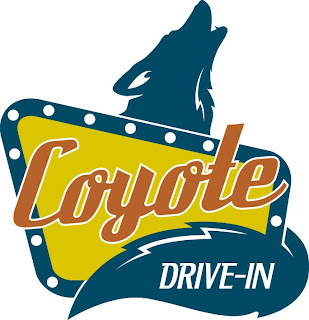 Thankfully, I’m not alone in this nostalgic feeling for getting back to the good ‘ole days. A collaboration of the Tarrant Regional Water District, Trinity River Vision Authority, the City of Fort Worth and many others folks, the Coyote Drive-in is now open along the Trinity River near the Panther Island Pavilion in Fort Worth. This three-screen wonder with outdoor, covered patio areas and a great menu, adds to the additional community vibe the city has been trying to build along this area.

For more about the Coyote Drive-in read the
rest of my story on Star-Telegram Mom2MomDFW.